How The Recent Budget Compares To Go-Go Boots 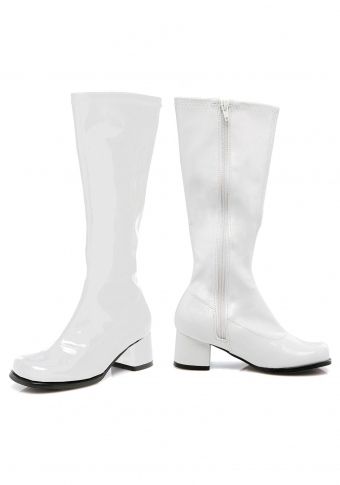 At the top of my wish list was a pair of Go-Go Boots. My friends were wearing them and thought they were the coolest. I reasoned that they were practical and would keep my feet warm. My parents eventually did buy me a pair but it was months later, and they were knock offs. They were a funny off white colour and shorter than my friends boots. While I was grateful for my parents efforts, I hated those boots and discarded them soon after.

Canadians stood a pretty good chance of having the Mortgage Stress Test modified during the March 19 pre-election budget, but that didn't happen. Instead, we were placated with 'pretend' ways of making housing more affordable. The rumoured extension of the amortization rate to 30 years didn't happen. Nor did the reducing of the interest rate posted to the stress test.

We got the knock offs.

Increasing the allowable RRSP contribution is all well and good, but not many have saved up for a house and for RRSP's. Even if they did, the RRSP money used must be paid back over 15 years, starting at year two. If $70,000 is pulled, repayment would cost over $400 a month for 14 years, on top of the mortgage payment. This is to repay money that was earning a healthy 6-7% within the RRSP. This might be a useful tactic if the RRSP funds push you to over the 20% downpayment mark thus saving on CMHC Insurance fees. Otherwise I don't see the point.

Houses or condos in the GTA that are selling in the $400,000's are scarce. By making CMHC an equity shareholder in your home, the government found another creative way of adding costs to Canadians who can't, and maybe shouldn't, afford to buy a home in the first place.

It's about what they didn't say...If our government felt there was no risk to the economy and the Real Estate Market they would have eliminated the stress test altogether. The mood of prudence prevails. It's an election year and the Liberals wanted to appease the voters, so they made it look like something was being done about affordability. A small handful of first time buyers will be helped while the Real Estate market stays in check. The rest of us see no change. It's not necessarily a bad thing for Canadians. Caution prevails.

When I was three, my dad and older brother went to play tennis. I begged to play too, so they gave me a green plastic tennis racket. I got to play but with my equipment I would never be able to match their game. Just like the budget, it was a smoke screen. It took me a few more years, but I did eventually play with a real tennis racket. You're getting my point?

I'm in the business of helping people buy and sell houses. Glad to be of service, but not everyone needs to, or should, be buying their first house when every last cent they have goes into that dream.

Do it when it financially makes sense and when you have a buffer to ride out the rough patches of sickness, unemployment, babies or higher interest rates.

A well situated, well appointed freehold townhome in Uxbridge that is close to schools, parks, and hiking trails.