BMO thinks the peak of the bubble is two years away 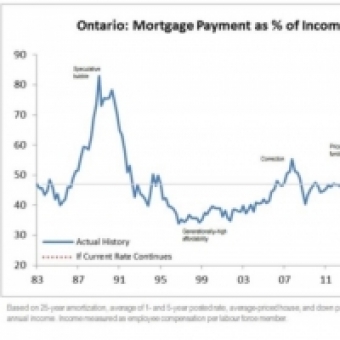 Toronto’s house-price juggernaut is two years away from the sort of peak it reached it 1989, when a housing bubble burst in the city, BMO Economics says.